THE MINDFULNESS BASED STRESS REDUCTION PROGRAM STARTS MAY 19TH! Read to find out more about the amazing benefits! 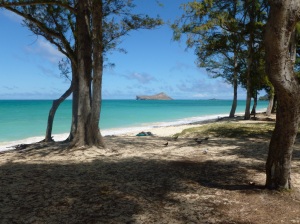 One student in my MBSR class recently told me that the MBSR class was truly life changing; another student who struggles with arthritis told me that thanks to mindfulness she is now able to dance, whereas a year ago she could hardly walk.  The brain is plastic and this may be partly why we find mindfulness so beneficial.  If you find yourself being a “worrier” or with a very busy mind that won’t stop,  I have good news for you! Your brain and thinking habits can change at the neurological level.  We now have evidence that the brain is plastic and that it changes in very positive ways with Mindfulness.

In a recent study, researchers looked at the brains of 16 people who signed up to do the Mindfulness Based Stress Reduction (MBSR) program by taking MRI scans (magnetic resonance images) of their brains before and after the 8 week program.  They also scanned the brains of a control group of people who did not participate in the program.

After finishing the program, all participants reported they had improved in measures of mindfulness, such as acting with awareness and in reduced judgement towards others and themselves.

What was more amazing was that the MRI scans showed that those who had taken the MBSR class had an increase in gray matter concentration within the left hippocampus, the posterior cingulate cortex, the temper-parietal junction, and the cerebellum.  Brain regions involved in learning and memory, emotion regulation, sense of self, and perspective taking (Harvard neuroscientist group, Britta Hölzel, Sarah Lazar).

This study among many others suggests that our brains are plastic and that with discipline and practice we feel better not only  because we are spending time meditating, but because our brains are changing!